The 7 Types of Motorcycles 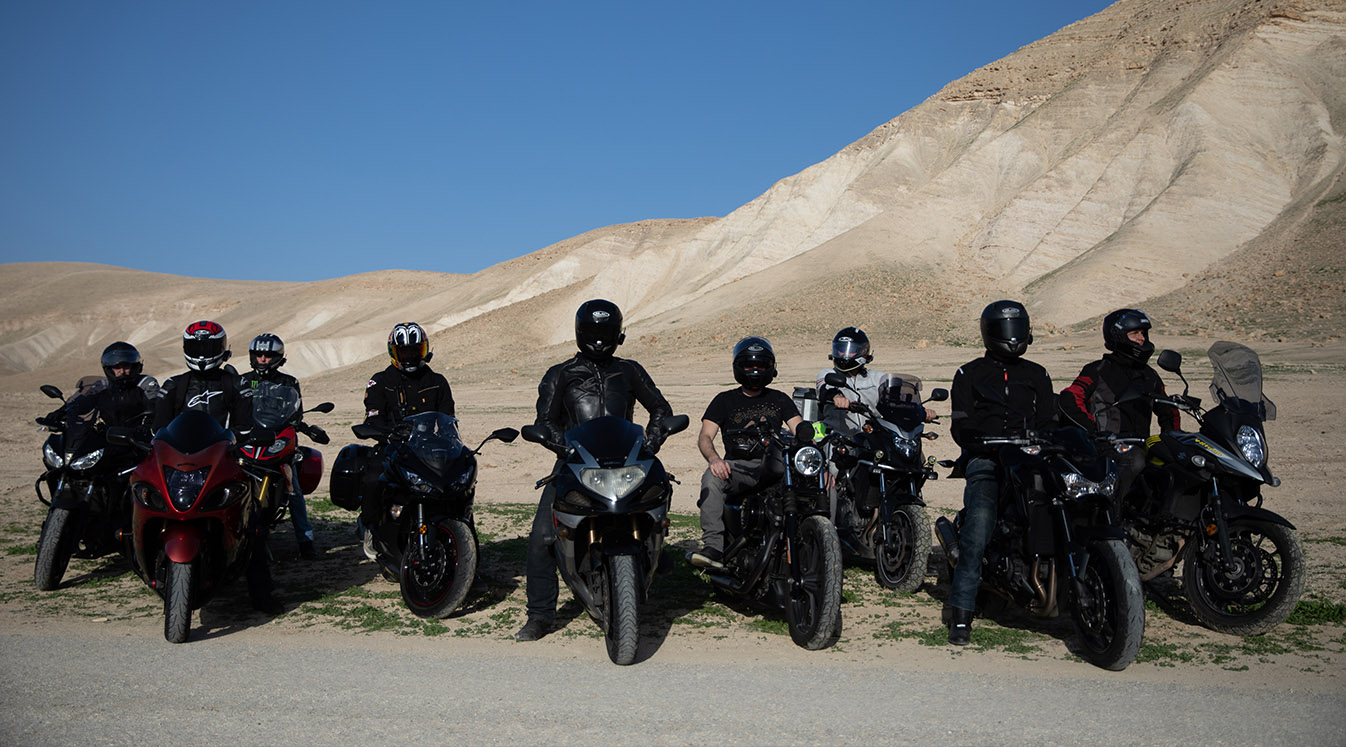 It might be hard to believe, but the first motorcycles were invented over a hundred years ago. That’s a lot of time for growth, innovation and developing new types of motorcycles, and the motorcycle industry has put it to good use. Some of the fastest, best-handling, best-running and coolest-looking motorcycles ever are on the road and on the track today.

But if you truly want to understand motorcycles, it’s important to start with the basics. So, in this article, we’ll talk about something that every two-wheel enthusiast should know: the seven basic types of motorcycles.

There are dozens upon dozens of different models of motorcycles currently in production, and many hundreds more vintage models that you’ll still find on the road. But almost all of these motorcycles fall into one of seven basic categories. Below are the seven types of motorcycles and the basic facts you need to know about each one. 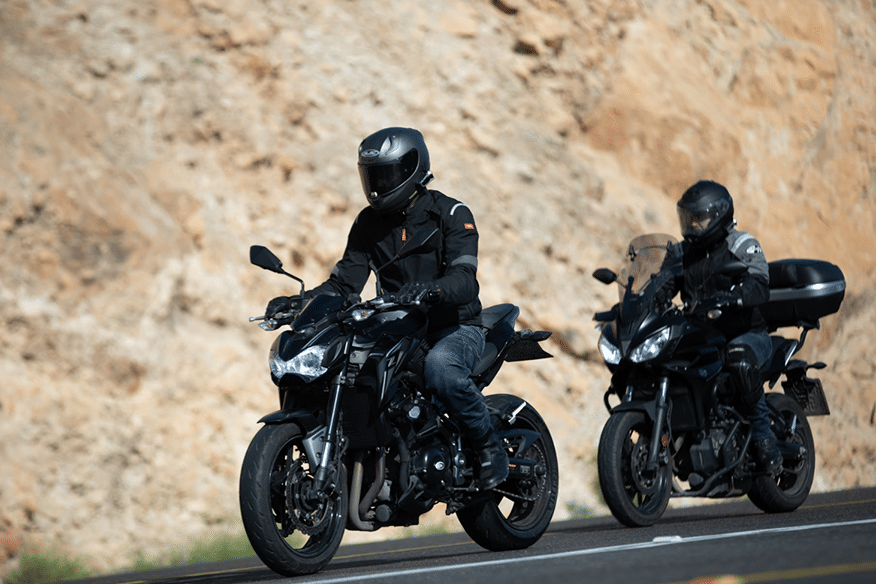 Two examples of the standard or naked style of motorcycle

– Excellent for beginners, but include high-powered options for seasoned riders

Let’s start with the standard style–a fun, versatile and well-balanced type of motorcycle. Standards generally offer a mix of traits found in other types of motorcycles without leaning too heavily in any one direction. These bikes are also sometimes known as naked bikes because of their stripped-down design.

Standards come in many different styles. Some, like the ever-popular Yamaha SR400, have a more classic styling that evokes some of the body shapes of cruisers and cafe racers. Others, like the Honda CB300R and its bigger siblings, are close to sport bikes in their styling. Regardless of styling, standards generally feature a neutral riding position that invites a slight forward lean and a low-to-medium handlebar height.

Another common feature of standards/naked bikes is their relatively minimal level of extras. Most standard bikes, for example, don’t include a front fairing. However, most standards can also accommodate a lot of customization and accessories such as new seats, tank bags, luggage and more.

Many motorcyclists recommend a standard model as a great choice for a new rider’s first bike. Lots of cost-effective options are available, especially in the beginner-friendly 250 and 300cc classes. But the higher-powered “streetfighter” models, like the Honda CB1000R, can crank out horsepower with the best of them. So, although they usually can’t match the scream of a sport bike, standard bikes will still give you plenty of power to play with. 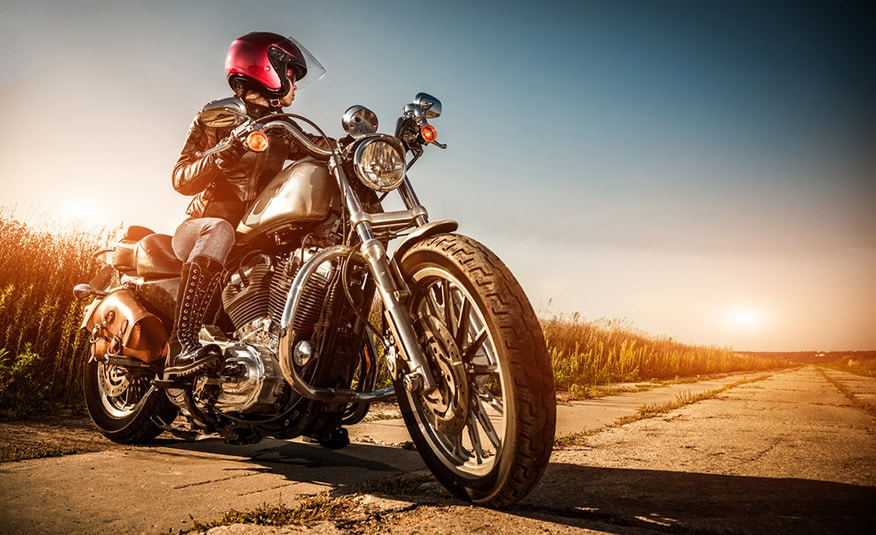 A classic example of a cruiser-style motorcycle.

– Popular both for commutes and longer rides

When many people think of motorcycles, they think of cruisers. A cruiser is the archetypical “biker” bike. Most feature a low-slung design with a seat that invites the rider to lean back. A cruiser’s seat height is usually low, but its handlebars are a little taller than a standard bike (and some cruiser fans choose to add ultra-high “ape hanger” handlebars for a classic biker look). When it comes to cruisers, “sit back and enjoy the ride” is meant quite literally.

And enjoy the ride you will, if cruisers are your thing. Cruisers are designed for a fun and comfortable ride and make perfect bikes for weekend rides or commuting. They’re not quite as comfortable on a long ride as touring bikes, but their combination of rock-solid road stability and solid horsepower means they’re a blast for cranking up some tunes in your Bluetooth motorcycle helmet speakers and, well, cruising.

The biggest name in cruisers is, of course, Harley-Davidson. Harley built its reputation on its legendary cruiser designs, and there are many riders who won’t ride anything else. But many other manufacturers also make great cruisers, such as Indian, Yamaha and Honda. Sit on a few different cruisers and decide which one feels best to you. After all, these bikes are all about comfort.

Like standards, cruisers are another type of bike that’s great for all riding skill levels. Cruisers make great first motorcycles because of their exceptional stability and smooth handling, but you’ll also find many two-wheel lifers who have never ridden anything but a cruiser and never want to. The comfortable design of cruiser motorcycles also makes them ideal for commuting, touring or longer weekend trips—basically, anything but racing.

– Large and heavy, but stable

For those in it for the long haul, a touring motorcycle can be heaven on Earth. These large, heavy bikes are designed for extended periods of riding, and it shows in their rider-friendly ergonomic design, large wind screens and impressive storage capacity. In fact, touring motorcycles are also known as “baggers” because they often come equipped with built-in hard cases for carrying luggage.

A touring motorcycle’s rider position is upright and relaxed, with wide seats that will keep your tush sitting pretty on long rides.  If you’re planning on riding two-up with a passenger, a touring bike will give both of you a fun and comfortable experience. Most touring bikes come standard with a pillion seat that makes it a breeze to ride with a passenger, and a few well-chosen accessories (like a helmet to helmet communication system) can turn your touring bike into the ultimate two-up comfort machine.

Although they’re not built for racing or burning up a straightaway, touring motorcycles do still tend to have large, powerful engines. That’s because these bikes need sufficient horsepower for extended highway riding and enough juice to pull a lot of extra baggage. Because of their large frames and brawny engines, baggers generally aren’t a great choice for new riders.

The Honda Gold Wing is the archetypical touring motorcycle, but many other manufacturers also make great touring models. Harley-Davidson’s Road Glide is as smooth as its name suggests, and the Indian Roadmaster is another outstanding entry in Indian’s catalog of cruisers and touring bikes. However, whichever brand you choose, you’ll likely face a higher price tag than you would for another style of bike, as touring bikes tend to be among the most expensive models. 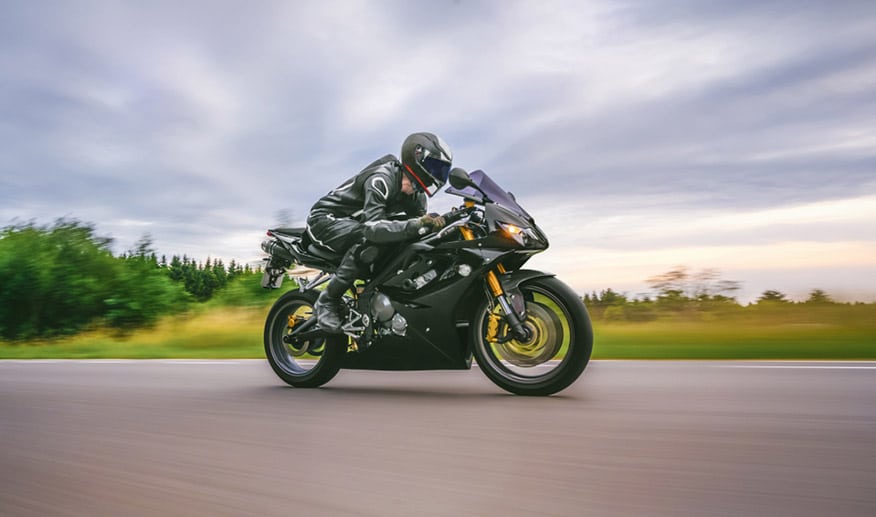 An example of a sport bike—note the hunched-over rider posture.

Most people who ride motorcycles feel, as they say, the need for speed. But some of us feel the need for a lot of speed, and that’s where sport bikes come in.

Sport bikes are designed for high speeds and precise handling. They’re built for aerodynamic performance and thus usually have a full fairing that helps minimize drag. Sport bikes typically feature a combination of a higher seat and low handlebars that require the rider to maintain a hunched-over riding posture.

A sport bike’s design sacrifices some comfort for performance, although various aftermarket add-ons can make your sport bike riding experience more comfortable. Still, touring on a sport bike can be a challenge, so most sport bike riders use these motorcycles for track days and weekend riding.

The most popular sport bikes are made by Japanese and European manufacturers. Models like the Kawasaki Ninja series are known as great choices for riders taking their first steps into the world of sport bikes, while legendary curve-carvers like the Suzuki Hayabusa are catnip for advanced riders.

It’s worth noting that although sport bikes are extremely popular, they’re often not the best choice for beginners due to their hair-raising horsepower, sensitive handling and blazing speed. However, if your heart is set on this speedy style, choose a beginner model like the Ninja 250R, and make sure to take a motorcycle safety course to help you learn the fundamentals of riding correctly.

If you like a combination of speed and classic styling, the cafe racer might just be the perfect style for you. These stripped-down, old-school bikes call to mind the motorcycles of the early 20th century that zipped around cities from Paris to Buenos Aires, but the best cafe racers include modern features that have made them continually popular with today’s riders.

Like sport bikes, cafe racers are generally designed for aerodynamics over comfort. They usually feature low handlebars, a flat seat and a forward-leaning riding position, though not always to the same degree as a sport bike.

Some cafe racers are stock models, but others are modified versions of other bikes whose owners have made certain modifications. Removing the fenders and fairing are typical places to start, but the process of perfecting your cafe racer is often a years-long labor of love.

Cafe racers make excellent around-town bikes due to their small size and nimble handling, but most are also zippy enough to keep up on the highway–at least for short trips. They’re not touring bikes, though, so don’t expect them to be comfortable for long-distance rides (particularly in regards to wind).

Dual-sport motorcycles are a best-of-both-worlds combination of a dirt bike chassis with features modeled on a standard or sport bike. If you like your riding with an outdoorsy flavor but still want to be able to take the highway, a dual-sport or adventure motorcycle might be just what you’re looking for.

A dual-sport’s higher suspension and upright riding posture makes it better able to take on rough roads, including gravel and dirt. While adventure bikes usually aren’t suitable for the gnarliest terrain, they’re an ideal choice for touring in far-out areas where you need backroad capabilities. Adventure bikes are also a solid choice for beginners, thanks to their relatively simple design.

Dual-sport bikes have exploded in popularity in the 21st century, and major manufacturers like Ducati and Kawasaki now offer adventure models. One of the best parts about today’s adventure bike models is that their relatively minimal designs allow them to be customized with whatever gear your adventure requires, such as storage space for essential motorcycle camping gear.

Finally, we come to the dirt bike or motocross bike. They’re fast (but not too fast), they’re fun, they’re loud and they’re perfect for outdoor and off-road enthusiasts.

A dirt bike is a fundamentally different beast than most other types of motorcycles. Dirt bikes have knobby tires, high suspensions and are in general designed to tackle off-road terrain that other types of motorcycles can’t even come close to handling. Note that in many states, unmodified dirt bikes are not street legal, so don’t plan to commute or take a road trip on one.

Riding a dirt bike takes different skills than riding a motorcycle, but it’s also a great way to practice balancing, working a clutch and other key skills that you’ll need for riding any type of motorcycle. Make sure to treat safety just as seriously on a dirt bike ride as you would on a normal motorcycle. That includes wearing a helmet, avoiding alcohol when riding and possibly bringing along a Bluetooth motorcycle helmet communication system to stay in touch with your crew and home base.

Now, the real question is: Which type of motorcycle is the right one for you? That’s one that every rider has to answer for themselves, but the information we’ve talked about here will help you make up your mind. No matter what type of motorcycle you’ve got your eye on, don’t forget that a motorcycle helmet communication system can help make your ride safer and more fun.