The History of the Motorcycle: Over 100 Years of Innovation 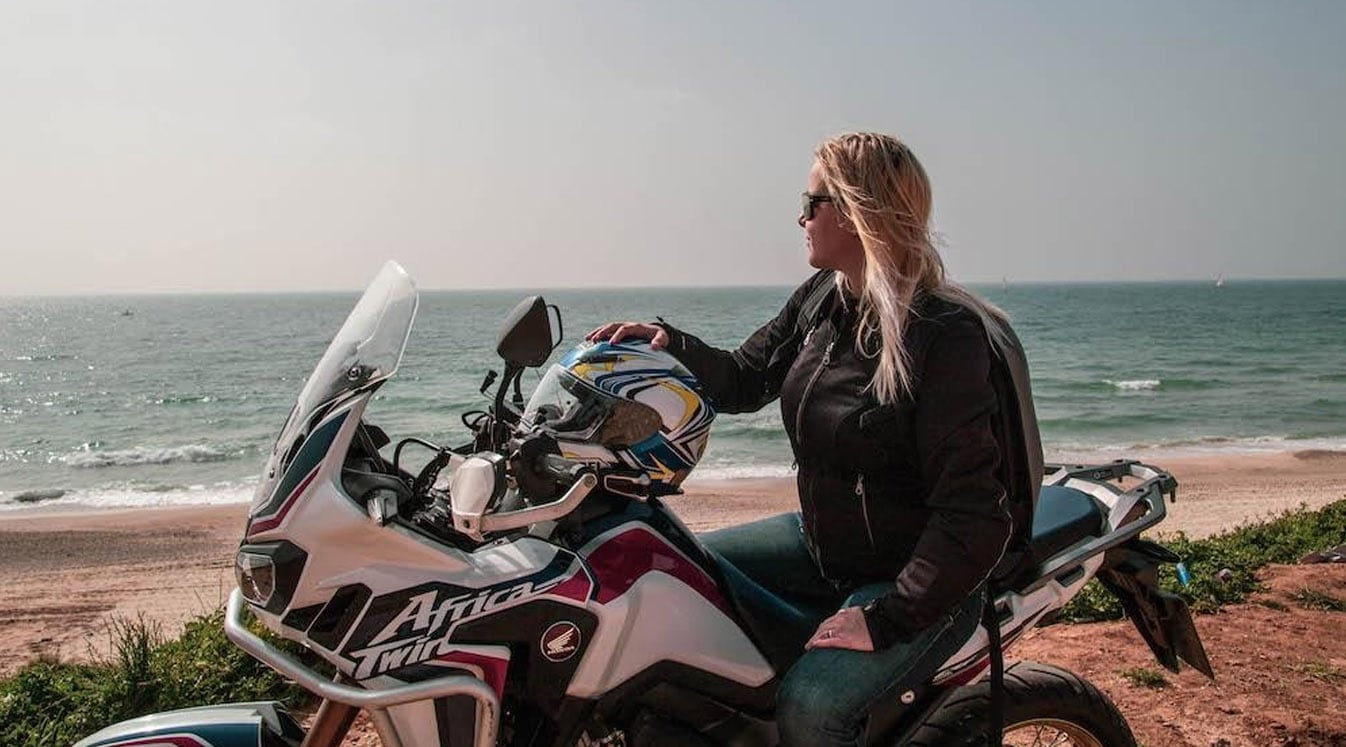 From the earliest steam-powered bicycles to the choppers and sport bikes we all know today, the motorcycle has done a great deal of evolution over the years. Motorcycle culture has also seen a great deal of change, from the veterans groups that formed the first motorcycle clubs to the outlaw biker stereotypes of the 60s and 70s and the incredibly diverse landscape of motorcycling today.

Ever wonder where it all began? Come with us for a ride down memory lane as we present: the History of the Motorcycle.

The Birth of a Legend

The very first inventions that we might regard as motorcycles were more like today’s mopeds—bicycles powered by small engines. It all started with the velocipede, a type of early bicycle popular in the 19th century that had its pedals attached to its front wheel axle.

In 1867, an American inventor named Sylvester Roper decided to attach a steam engine to a velocipede. After years of experimentation, he developed a version that could reach up to 40 mph. Around the same time, two French inventors named Michaux and Perreaux developed a similar steam-powered velocipede prototype.

Tragically, Sylvester Roper died of an apparent heart attack in 1896 while riding his steam velocipede, and neither Roper’s design nor the Michaux-Perreaux velocipede ever gained much popularity. Another several decades would pass before true motorcycles entered the market, but the seed of a great idea had been planted.

In 1885, the first bicycle-styled vehicle with a gasoline engine appeared on the scene, courtesy of three Germans: Gottlieb Daimler, Wilhelm Maybach and Nicolaus Otto. Otto invented the four-stroke internal combustion engine in 1876. Then, Daimler and Maybach set to work incorporating the new technology into a motorized cycle called the Petroleum Reitwagen that would debut in 1885.

The Reitwagen wasn’t much to look at and had a feature that made it quite distinct from today’s motorcycles: twin outrigger “training wheels” that stabilized the bike and allowed it to turn. But the basic concept of the Reitwagen—a motorized bike with a gasoline-powered internal combustion engine—was a revolutionary design that began blazing the trail for the modern motorcycle.

However, it was four-wheeled vehicles, not two-wheeled, that held the Reitwagen designers’ real interest. Thus, after proving that gasoline engines could be used to power personal vehicles, the inventors abandoned the Reitwagen. However, by the turn of the 19th century, the motorized bicycle had captured the attention of enough inventors and industrialists that it would soon see widespread production.

Now-forgotten firms, such as Germany’s Hildebrand & Wolfmuller, were among the first production motorcycle companies. But, the names you probably recognize began popping up around the turn of the 20th century. The legendary UK manufacturer, Royal Enfield, began producing motorcycles in 1901, and Triumph and Indian started in 1902.

Then came the company that changed it all: Harley-Davidson. In 1903, William Harley, along with his partners, the brothers Arthur and Walter Davidson, launched Harley-Davidson out of a wooden shack in Milwaukee that served as their makeshift machine shop. After many failed prototypes and false starts, they hit upon a workable design in 1905 and began mass-producing early motorcycles that year.

In 1909, Harley-Davidson released the first V-Twin motorcycle engine. This dual-cylinder engine was the game-changer that allowed Harley to break the market wide open. The company got another boost from World War I, in which the US government purchased tens of thousands of Harley-Davidson motorcycles for use on the front lines. The modern variants of the Harley V-Twin remain a cornerstone element of the H-D product lineup to this day.

Other motorcycle companies also continued to make important contributions in this era. The famous Triumph Model H, known as the “Trusty Triumph,” was one of the most popular motorcycles of WWI, with over 57,000 units manufactured. The Model H was also among the first mass-produced motorcycles that lacked pedals, which is why it’s commonly considered to be one of the first “true” motorcycles. 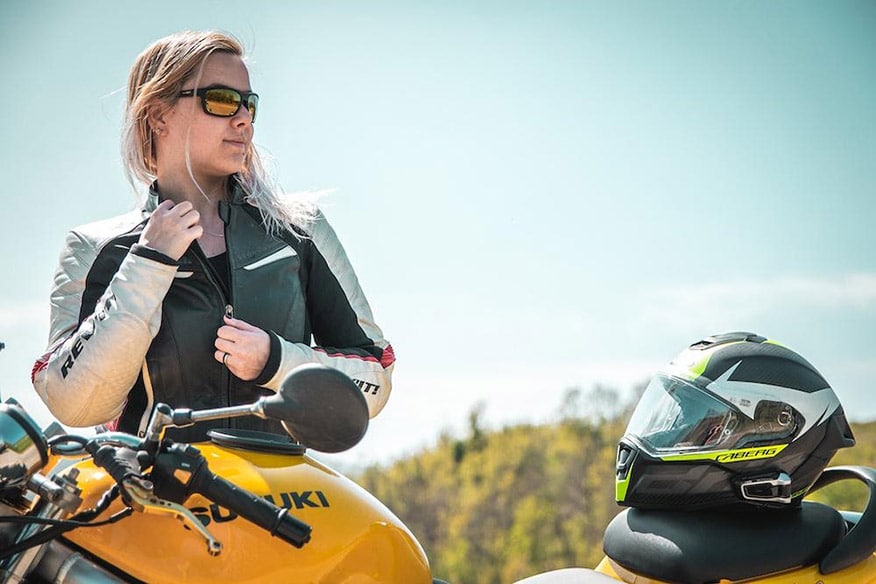 As the nations of the world weathered two massive wars, manufacturers from all countries continued to produce large numbers of motorcycles. Models such as the Harley-Davidson WLA were again mass-produced for the Allied military effort in World War II. Many GIs coming home from the front began purchasing Harley’s civilian models that were similar to the bikes they’d used in the war. In turn, many of these veterans formed motorcycle clubs that helped give their lives purpose and direction, as well as a place to socialize and have fun.

Around the same time, the rapidly expanding influence of cinema and the news media contributed to the development of the idea of the “outlaw biker.” A 1947 biker rally in Hollister, California ended with a confrontation between bikers and police, and the media seized on rumors of chaos to create sensationalized reports of an anarchic all-out brawl (while hard facts about the incident are still difficult to come by). The outlaw image was further immortalized by Marlon Brando’s iconic turn as the leader of a biker gang in 1954’s The Wild One. Amid the social upheavals of the late 1950s and 1960s, motorcycles became a symbol of countercultural cool and rebellion as biker culture continued to flourish across America.

The 1969 road film, Easy Rider, starring Dennis Hopper and Peter Fonda, was another major milestone in the development of what we now know as “motorcycle culture.” The film’s rock n’ roll soundtrack included musical luminaries of the era like the Jimi Hendrix Experience and the Byrds. The image of rebellion and independence projected by the film’s stars would shape public perception of motorcycles for decades to come.

The reality is, of course, that most bikers (even in the 50s and 60s) were never part of the Hells Angels or anything close. Law-abiding motorcyclists have always vastly outnumbered criminals, but public perception has been slow to catch up. Many motorcycle clubs, from the 60s through today, are civic organizations that are active in community and charitable events.

As the popularity and influence of motorcycle culture spread during the 60s and 70s, engineers and mechanics began to create new forms that were designed for performance. These new bikes were quite unlike the low-slung Harley cruisers, which had always been designed for a comfortable, long-distance ride. Instead, this new generation of bikes prioritized sensitive handling, powerful engines and, of course, extreme speed.

The Honda CB750 was the model that changed it all for sport bikes. Its revolutionary inline four-cylinder engine is still widely used in sport bikes today, and it inspired an entirely new generation of motorcycles. Soon, other manufacturers, like Yamaha and Kawasaki, began producing their own sport bikes with features that were designed for racing. Some of those features were an upright rider posture, lightweight frames and larger, wider tires.

As sport bikes became more common, motorcycle racing also hit a new level of influence and popularity. Sports like MotoGP made superstars out of the best riders in the world and pushed mechanics, designers and riders to new heights of performance. With the influence of sport bikes growing, Japanese motorcycle companies became some of the world’s largest and most influential manufacturers.

As the motorcycle industry established itself in countries like the US, UK and Italy, the global market also grew quickly, particularly in African and South Asian countries. In these countries, motorcycles became popular as a form of cost-effective and fuel-efficient transportation.

Some of today’s largest motorcycle manufacturers are companies from India and China that mass-produce small-displacement bikes for everyday transportation. In countries such as Thailand, Vietnam and Indonesia, well over 80 percent of households own motorcycles, and they’re used for everything from transporting goods to visiting family in remote areas. Many of these bikes can be classified as adventure bikes or dirt bikes, with knobby tires and springy suspensions that allow them to navigate rural roads. Mopeds and scooters are also widespread in many of these countries for urban transportation.

Aid organizations, like Doctors Without Borders, also often rely on networks of skilled motorcyclists to deliver critical medical aid to people in rural areas with little healthcare infrastructure. The motorcycle has been an invaluable tool for the evolution of the global economy, and it will continue to provide efficient and practical transportation for people around the world.

For one thing, the motorcycle hobby and sport has become increasingly diverse. Today, around 20 percent of motorcycle owners are women, a number that would have been unthinkable fifty years ago. Major manufacturers like Harley-Davidson have made big investments in increasing their appeal to female riders, including offering riding classes designed to be friendly to women.

Motorcycling also has greater age diversity than ever before. What was once considered a young person’s sport now has numerous riders in their 60s and up. This is due to the Baby Boomer generation that grew up with bikes and continue to ride well into their golden years. Younger riders are driving a boom in smaller, retro-styled bikes like the Ducati Scrambler and Triumph Street Twin.

On that note, there are more different styles of motorcycles available today than ever before. In addition to well-established categories such as sport bikes, cruisers and cafe racers, we now have naked bikes (stripped-down bikes that are great for beginners and pros alike) and adventure bikes (which combine the roadworthiness of a motorcycle and the trail-ready toughness of a dirt bike). These days, just about any kind of rider can find a style of bike that suits them.

Technology and the Future of Motorcycles

Technology has also created a new degree of positive social connection within motorcycle culture. Riders today can use hands-free mesh technology for communication, like the Cardo Packtalk Bold and the Cardo Freecom to stay in contact with friends and family while keeping their focus on the road. Meanwhile, innovations such as motorcycle helmet speakers allow riders to experience their favorite music in high-definition sound while riding.

The Internet has also created an entirely new set of platforms for connection between riders. Motovlogging allows motorcyclists to flock to YouTube to show off their favorite bikes and share their experiences with riding. Motorcycle forums continue to thrive on bulletin boards and on community discussion platforms such as Reddit. Social platforms help people form riding groups and connect with more experienced riders who can show them new skills. Even motorcycle magazines are now widely available in digital formats.

Finally, and perhaps most importantly, technology is also helping to make motorcycles safer. New improvements are developed constantly, including adaptive headlights that provide dynamic illumination all the way through a corner and computerized throttles that help prevent stalls. Helmet communication systems, like the Cardo PACKTALK SLIM, have a role to play here too, as they can help riders stay in touch during group rides and communicate about obstacles in the road.

More women are riding and owning motorcycles than ever before.

Motorcycles will continue to evolve. The people who love them will keep on tinkering and debating the merits of their favorite models. Most importantly, motorcycle lovers will keep on riding. And as the industry and culture evolve, Cardo Systems will continue to develop and improve our motorcycle communications technologies so that riders are always in touch with what matters most.