How Much Does It Cost to Buy, Repair, and Use an Electric Motorcycle?

Learn more about the costs associated with electric motorcycles and how they compare to their gas-powered counterparts.

How Much Does an Electric Motorcycle Cost?

Electric vehicles have been making inroads with traditional consumers for years, but they haven’t been as popular with motorcycle enthusiasts – until now. Many manufacturers have created their own line of electric motorcycles to appeal to more environmentally conscious consumers.

Considering these vehicles have only been on the market for a few years, they tend to be much more expensive than their gas-powered counterparts. Beginner electric bikes and motorcycles can go for just a few thousand dollars, while electric motorcycles from Harley Davidson and Zero usually start at around $20,000 or a few thousand more. Davidson recently lowered the price of its flagship Livewire electric motorcycle from just under $30,000 to $22,000.

So, why are electric motorcycles so much more expensive than gas motorcycles?

Because they are powered with electricity, these bikes also have to be waterproofed to prevent electrocution and battery failure.

The gear is generally the same for both types of motorcycles. You can use the same type of gloves, boots, and helmet as you would on a gas motorcycle. Use a motorcycle Bluetooth helmet to access your phone hands-free while riding.

Use a Motorcycle Bluetooth Headset on Your Electric Motorcycle

Repair Costs for an Electric Motorcycle

The good news is that electric motorcycles cost much less to repair than gas-powered bikes. They do not have to combust air and fuel to generate power, which reduces the chances of mechanical failure. Just like your phone or some other appliance, all you have to do is charge the battery and turn the bike on. It’s just that simple. 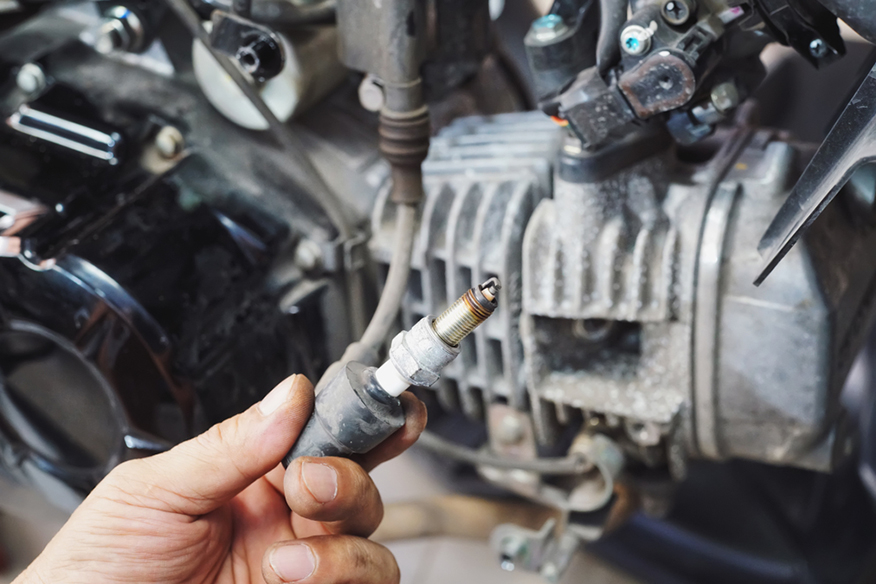 Gas-powered motorcycles usually cost around $1,000 to repair per year. All that oil and fuel will wear away at the internal parts over time. There’s also the chance the combustion chamber could overheat, which could lead to parts fusing together. This increases the risk of accidents. Wear a Bluetooth motorcycle helmet to give yourself more peace of mind.

You won’t have to pay nearly that much to repair your electric motorcycle. They generally cost less than $100 to repair each year, which is about as much as you would pay to repair a traditional push bike.

Find a Bluetooth Motorcycle Communication Device for Your First Ride

Fuel Costs for an Electric Motorcycle

The price of gasoline will continue to change on a dime, making your fuel costs hard to predict. Gas-powered motorcycles usually cost around $20 to $30 to refuel, depending on the size of the tank.

Electric motorcycles just need access to electricity, usually the same electricity that powers your home. Even if it takes eight or more hours to charge the battery, it will usually cost less than a dollar. Most people charge the battery on their electric bike overnight during off-peak hours. This is the cheapest time to use electricity.

If you generate your own source of electricity using solar or wind energy, you won’t have to pay anything to recharge the battery on your electric motorcycle. The utility company may even pay you to pump excess electricity into the grid.

While electric motorcycles cost more upfront compared to gas-powered motorcycles, they will help you save money overtime. Regardless of which type you choose, use Bluetooth motorcycle speakers to keep in touch with your loved ones.