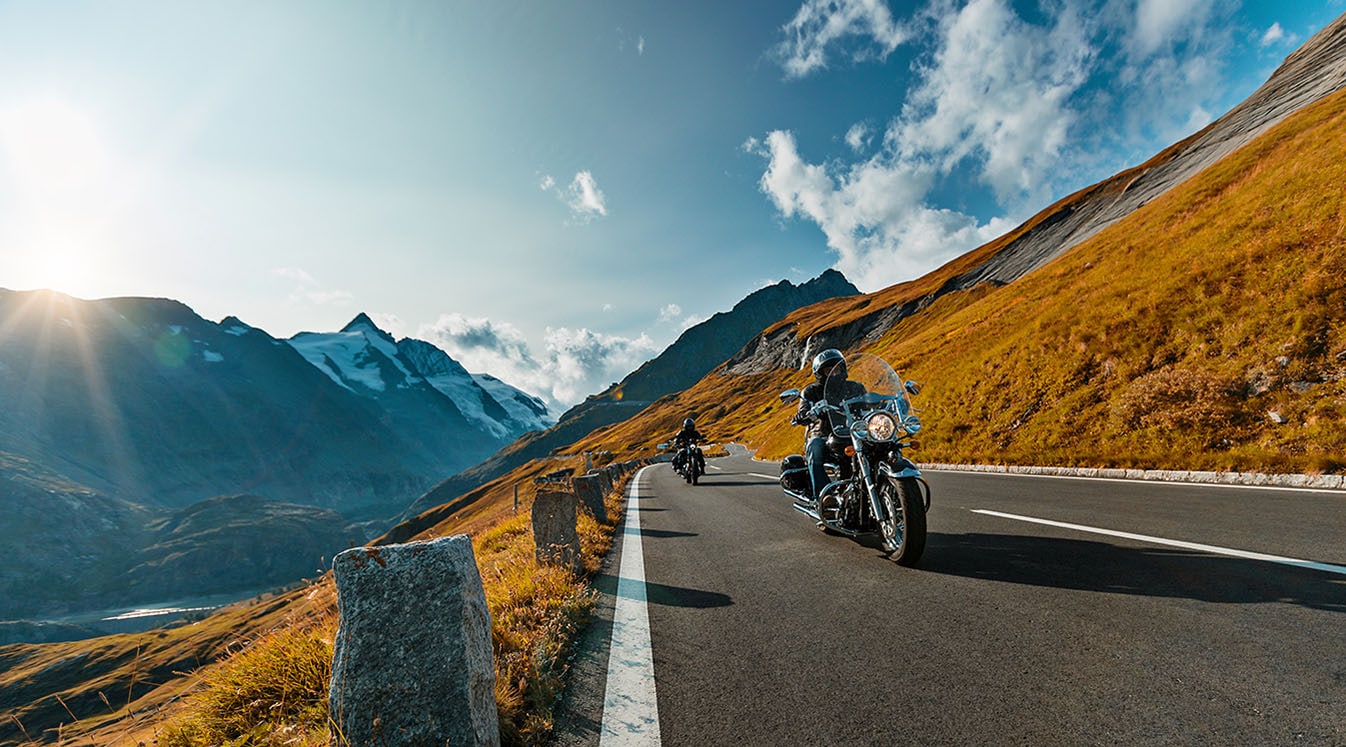 1. What’s the safest part of a lane for a motorcycle to ride in?

As the Motorcycle Safety Foundation’s (MSF) rider manual explains, you can imagine any lane divided into three equal parts: left, center and right. The safest “default” lane position for a motorcycle is in the leftmost third of the lane.

Most motorcyclists choose to stay in the left position for the majority of the time they’re on the road. It offers good visibility and a flexible set of escape routes in an emergency. There’s more than one right answer to this question, though.

The MSF manual also says that riders can vary their lane position as needed. Motorcycles have a lot more flexibility than passenger vehicles in choosing a lane position, so riders need to learn about the appropriate lane positions for handling various situations on the road.

You can use different lane positions to increase your visibility to other vehicles, stay out of blind spots, avoid obstacles, position yourself for turns and give yourself escape routes in traffic. Developing your judgment on lane positioning is part of honing your riding skills.

2. Why not ride in the middle of the lane?

There’s nothing necessarily unsafe about riding in the middle of a lane. When other vehicles are on either side of you, it can actually be the safest choice because it gives you the most cushion space. But the middle of a lane also tends to be where you find oil slicks, road debris, manhole covers and other safety hazards.

3. On a multi-lane highway, which lane should a motorcycle ride in?

A motorcycle can use any lane that a passenger vehicle can use, so there’s no technically “correct” lane. However, a lot of motorcycle riders like riding in the leftmost lane, where they can ride slightly faster than traffic and only have one lane of merging traffic to deal with. Riders also often use the left lane to avoid getting hit by car doors when there are parked cars next to the right lane.

Bluetooth Motorcycle Speakers That Will Blow Your Mind

4. What is lane splitting?

The term “lane splitting” usually means riding a motorcycle between lanes of stopped or very slow traffic. Lane splitting is a subject of its own that we tackle in our guide to lane splitting, but if done correctly, some research indicates that it can protect a rider from being rear-ended in stop-and-go traffic.

California is the only U.S. state where lane splitting is explicitly allowed under state law. It’s a legal grey area in some states, and explicitly illegal in many others. Your best bet is to always follow the law and avoid lane splitting unless the law allows it and you feel confident about your ability to do it safely.

5. Can a motorcycle use a high-occupancy vehicle (HOV) lane?

Yes! Under federal law, motorcycles are allowed to use HOV lanes (also known as carpool lanes) to help keep traffic moving safely, even if they’re only carrying a single rider. States are allowed to override this if they want, however, so double-check your state’s laws.

6. What lane position is the best for riding in groups?

Generally, two riders shouldn’t ride side-by-side in a single lane. That’s because it can make it harder to escape a dangerous situation. Also note that motorcycle Bluetooth headsets are great for group riders so that you can coordinate lane changes together and avoid any confusion. (“I thought you were signaling for the next exit!”) 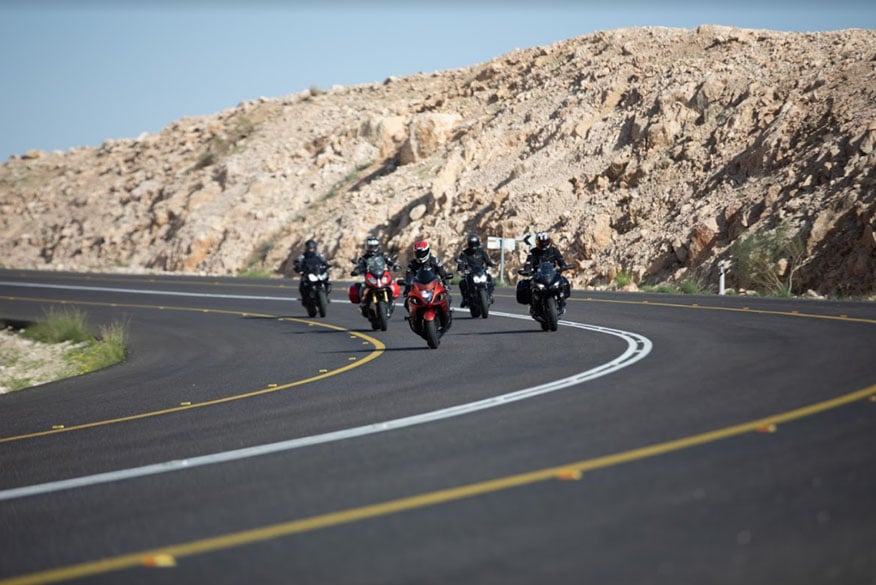 Getting on a motorcycle means being safe and prepared every time, so take a moment to look at our guide to the essential motorcycle riding gear for beginners. We cover how to choose your helmet, your gloves and more, plus options for Bluetooth motorcycle headsets that will keep you safe and connected on the road.